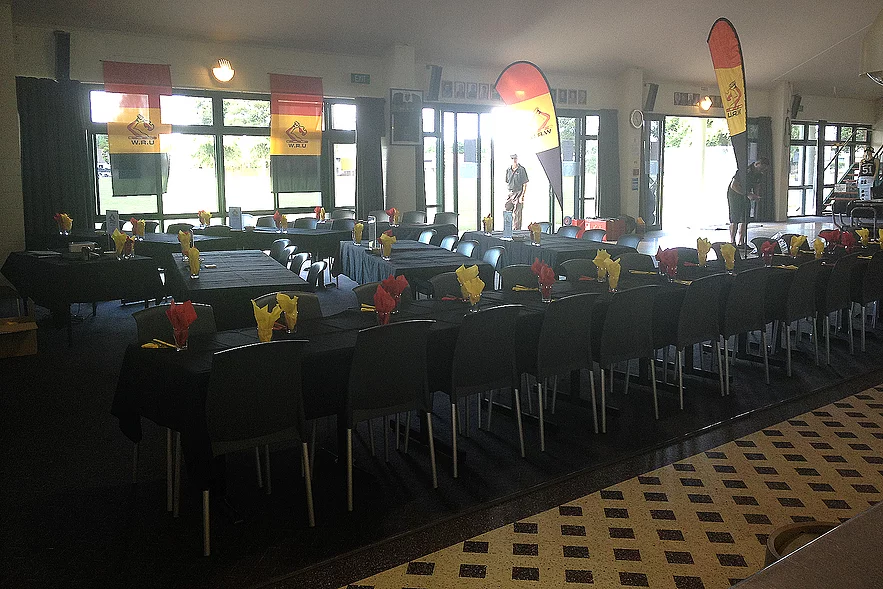 Crisp hot chips, burgers, fish and quesadillas were just the job on a chilly evening when trustees of North East Community Hub (NECH) and supporters met for dinner at Suburbs Community Sports Club recently. By paying a $25 annual membership fee, locals can have a regular Wednesday night off cooking, or can order a meal at any other time the bar is open. With club rate food and drink prices (a generous glass of wine is $6) it’s a great value meal in a warm and friendly atmosphere. The 7pm Wednesday draw is an added attraction.

For the majority of people who use the club, it’s as much about the sport as the after-game refreshments. The Club is host to 500 children, aged four years old and upwards who play Junior Rugby. A total of nearly 60 Touch teams use the rooms, as do Senior Netball and Senior Rugby. Once per season the Senior Netball Club hosts a Quiz Night. Jumping Beans use the rooms on Tuesday mornings and the Club frequently hosts private functions. Even with the additional cost of the liquor licence which is needed for private functions, the hire-out rate for club members is hard to beat.
“It’s easier for us to hire out space outside the rugby season,” said Melissa Stone, who manages the facility.
To find out more, call Melissa on 07 854 3347, 027 854 3347 or go to the website www.hamiltonsuburbs.co.nz